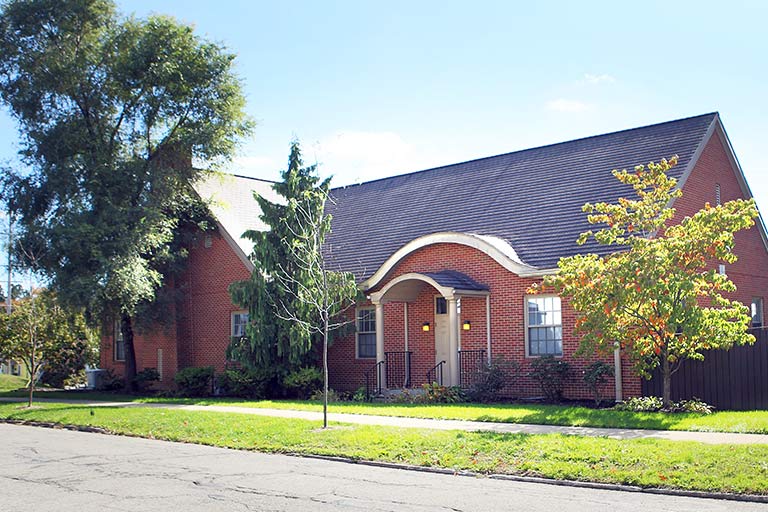 “And when you get to where you’re going, turn around and help her, too.

For there was a time, not long ago, when she was you.”

While it wasn’t until 1995 that our nation decided to formally recognize the enormous contributions women have made to our history, culture, and society, it was 1977 when a local group of community members banded together to create a ‘women’s conscious-raising group’ and began focusing on the negative impact caused by domestic violence in its community.

At a recent gathering of some of those early champions, the names of highly recognizable female community leaders came to the forefront. Carrie Moreland, Mimi Rieheld, Peg Fulton, Julia Fishelson, Julia Halloran, Donna Miller, Sally Bernhardt, Salie Cook, Dorothy Ginther, and Carolyn Abramson were among the women credited with having this vision.

Knowing that education was only one piece of this puzzle, this band of women and many of their male counterparts recognized the need to develop a plan to provide immediate help for the victims who found themselves in domestic violence situations and needed a place to escape from their abusers.

“The police department was aware of this group,” Houston said. “They would call us at all times of night or day. We kept a binder listing local residents who were willing to open their homes as safe houses for these women and often their children.”

Nancy Wolkosac was herself a domestic violence survivor who understood all too well the need for this programming. “I found myself in an emergency situation on a weekend and there was no help available,” Wolkosac said. “Once I was able to move through my crisis, I decided that I would dedicate myself to mobilizing and supporting this much needed programming.”

Attorney John Kropf, a previous board member for Every Woman’s House and responsible for much of the early fundraising, talked about the domestic violence clients who would come to his law practice and how the lack of resources and knowledge surrounding this issue gave him fuel for his volunteer fire.

“’Why doesn’t she just leave?’ and ‘What did she do to deserve it?’ were comments I heard from many people I knew,” Kropf said. “But at this time, there was a movement by the churches to push women to the forefront as equal partners. Movies like The Burning Bed helped give our efforts traction.”

In 1982, Julia Fishelson returned from a meeting and told her husband, Joe, that she wanted to donate her mother’s home to the organization to use as its first permanent 24-hour emergency shelter. He later would tell her that “of all the things they did, that was one of the most important.”

With each new director, EWH developed a more comprehensive continuum of care, including all necessary elements on the road to recovery. Ann McDonald became director in 1983, and the Friends and Neighbors of Every Woman’s House was established as a major fundraising volunteer group for the organization.

In the mid 80’s, Tammy Brooks became the executive director and the organization gained full momentum. A Domestic Violence Task Force was established; expansion into Holmes County occurred; partnerships with law enforcement were enhanced; and everything else – except domestic violence, unfortunately, – became history.

Today, under the leadership of Bobbi Douglas, Every Woman’s House is under the umbrella of OneEighty and is able to draw from all the resources provided by the agency.  But it is the vision of this band of female community leaders that breathed life into the idea of a safe haven for victims of domestic violence and sexual assault, along with the resources they needed to turn their lives around and move on to a bright future.