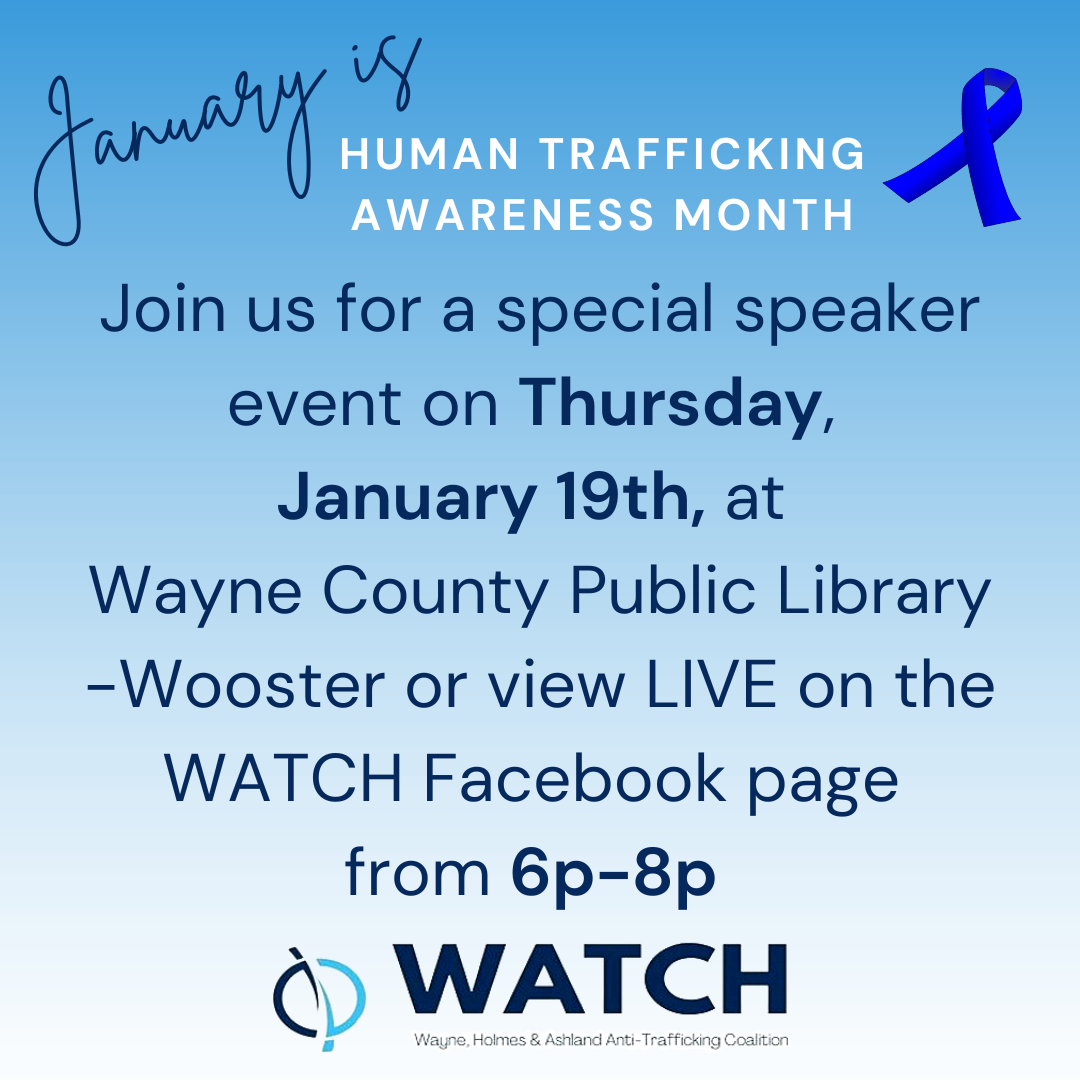 Every year since 2010, the President has dedicated this month to raising awareness about the different forms of human trafficking, also known as modern slavery, and educating people about this crime and how to spot it.  In January, the Department of State raises awareness of human trafficking domestically and abroad through U.S. embassies and consulates.  (source: https://www.state.gov/national-slavery-and-human-trafficking-prevention-month/)

Trafficking in persons, also known as modern slavery or human trafficking, includes both forced labor and sex trafficking.  Human trafficking represents a threat to international peace and security.  It undermines the rule of law, robs millions of their dignity and freedom, enriches transnational criminals and terrorists, and threatens public safety and national security everywhere.

By some estimates, as many as 24.9 million people — adults and children — are trapped in a form of human trafficking around the world, including in the United States.  Instability caused by natural disasters, conflict, or a pandemic can increase opportunities for traffickers to exploit others. (source: https://www.state.gov/national-slavery-and-human-trafficking-prevention-month/)

OneEighty is proud to partner with WATCH during the month of January to bring awareness to Human Trafficking.  WATCH mission: To unite and engage professionals and community advocates to respond to all forms of human trafficking through increasing awareness and education. Learn more about WATCH via their Facebook page

WATCH has created the following 2023 WATCH HTAM Activities Calendar_ for the month of January. Please take a minute to download the calendar and share it with others to help increase awareness and provide education.

SPECIAL EVENT
When: Thursday, January 19th
Time: 6 p.m.- 8 p.m.
Where: Wayne County Public Library. 220 W. Liberty Street, Wooster, Ohio 44691 in the Community Room
OR view it on the WATCH Facebook page- link above
Topic: What you need to know about human trafficking from a survivor and community response.